Week 1 assessment: The future of fossil fuels in a carbon-constrained wold:

It is clear that climate change has an anthropogenic origin https://climate.nasa.gov/evidence/  according to scientists (The Vostoc Curves) and practical empiricism. Man since the industrial revolution has been altering the cycles of water, the carbon cycle and the oxygen cycle with the emissions of CO2 gases and other greenhouse gases.

A scientific group defines this as Anthropocene , which means: the era of greater geological and biological intervention of the human species on the planet. The current scientific development, population and technological grow is linked to the burning of fossil fuels and are linked processes with each other, that is, transport, food, urbanism and energy have been linked to carbon emissions for more than 200 years. like all mass production, it demands very high costs for its implementation and will demand even higher costs to change or implement cleaner energies. The population well-being of many countries depends on fossil fuels.

The world captured the carbon that could not be recycled and the carbon trapped the man who does not know how to reinvent.

The group of nations must conserve at all costs what has not yet been lost, defend tropical forests, South American and North American forests, African forests, the forests of Central Asia and so on, and gain time while developing scale models that can substitute dependence on fossil fuels.

The future of fossil fuels depends on the ability of man to reinvest the sources of energy from which it is supplied, in the short term the change from burning of fossil fuels to clean and renewable energy will not have much impact on emissions.

Week 2 assessment:  The nuclear option: the solution to the energy/climate conundrum

Nuclear energy will always be present, as long as it is intended to reduce carbon emissions and produce more energy.

But the problem is the technology used to produce it: light water reactors (LWR), which in case of leakage, can cause more damage than benefits (Fukushima) and the proliferation and risk of enriched uranium, ("The Iran Deal" ), that nobody knows for sure that they intend to enrich Uranium: for energy or nuclear bombs to deny whole nations like Israel, their legitimate right to exist.

According to experts in nuclear energy, only 10.6% of the global energy generated comes from nuclear power, reaching only 1.7% of energy consumed. With these simple figures, it can be concluded that nuclear energy is still in the experimental period. This is how it will be possible to maximize environmental risks and human health, if the nuclear energy generators would like to cover more percentages in the generation and consumption of global energy. In addition, the indirect carbon generated for the production of nuclear energy could be increased, simply by the mining process of Uranium and the search for areas to dispose of the waste from it.

Nuclear energy also has direct contribution to global warming with the emission of noble gases such as Krypton 85, also imitate radioactive isotopes such as tritium and carbon 14, all this contributes to radiation (positive radiative forcing)

Nuclear energy itself can not be considered bad, harmful or destructive. It is linked to the need to look for alternative sources to the burning of fossil fuels. The big problem is the risky technologies that are used to produce it, to the double use that it has: Civil and military porpuse, to the transversal damages by its mining and waste. In addition, the political lobbying for the improvement in the territories, can dance with corruption and the organized crime behind its source.

The future and role of nuclear energy is its own past, full of waste, disasters, accidents, terrorism of the highest level and a curtain of practical ignorance of producers and citizenship in general, who do not fear something they do not see. Atomic radiation and "the infinite human stupidity"

The general environment is positive for renewable energy, this is the main generator of change. Personally, I would like, my country Colombia to have a clear and innovative policy for renewable energies. The big local problem, and perhaps in many parts of the world is the dependence on the system of hydroelectric power, that's large water dams, with a generator to produce energy and a business that is priced in the stock market, makes of it, a energy that is anchored and does not let develop new alternatives, such as eolic or solar energy.
It is also clear that the blockade is from the State itself, which in some countries ban clean energy that is not included in the national electricity grip.

It is also clear, it is not necessary to feed-in tariffs, because although we are a free market, the energy costs are very high and competing with the current rates would be very easy. Energy auctions are costly because of the existence of few competitors and the supply of all the infrastructure developed by the State since long time ago was sold or delivered in dubious and wrong circumstances.

Perhaps, the next step is the hybrid policies between the management of the State and its acquisition by the user to eliminate their need for personal energy. But all these efforts of the state to continue having dominion over tariffs and billing is a black hole for innovation and the search for alternative energies to mitigate climate change.

The solution is to  set free the use, development, research, innovation, startups and entrepreneurship of companies and citizens in clean energy. Degrading taxes, own development of technologies,  importing technologies and knowledge and implementing from the education centers for work and abilities sufficient logistics to be self-sufficient in the installation and development of solar energy. The general advance of the solar panels makes this clean energy ideal in a country like Colombia, whose sun hours are sufficient all year to feed the needs of households in energy consumption.

Energy change, turn on the new, turn off the old

The global power of energy generates invoices, not changes.

Energy policies in the world have a common denominator: payment for the provision of services. All citizens fear a bill more than crime.
A question arises: Can the energy market be transformed in the framework of climate change ?. Today is the time, anthropogenic climate change is an overwhelming truth. Thus, the consensus of nations must demand a minimum of clean energy self-sufficiency in each country, a particular rate that does not depend on the grid.

Another point to achieve them is a carbon constrained world, it is a step to get rid of energy dependence.
Do not leave modern conveniences, such as the refrigerator, lighting, refrigeration or heating. It is, to be producers of our own energy, to be self-sufficient to cover our own needs. From the personal scale, regional and national level, each person, region and government must have their own production of energy. Thus, to gain space for energy change, to reinvent the electricity sector.
How is it achieved? Demand investments in clean energy, building a wall to the energy from fossil fuels. At this point, a political leadership is needed, demanding the audiences is not enough, it must be changed from the very heart of the change, the instances of decision making.
A series of representatives of the community at a political level, who lead the change of the electrical system for the adaptation and mitigation of climate change.

Citizens should be informed by political actors to be co-architects of the proposals to transform energy policy decisions for the benefit of citizens with the basis of energetic self-sufficiency of each of the market players.

Do not wait for the change, be part of the energy change.

The energy security, the huge totem and the power of the people

Nothing can create more political and economic instability than energy security. For the energetic security, wars are fought, governments are overthrown, governments and dictators are changed around the world.

In the name of energy security, some countries enter the list of pariah nations or rogue nations, because they're seeking to achieve development in nuclear energy to military purpose. I believe that is a huge totem . Energy security greatly overwhelms climate change policies and all attempts to achieve energy sustainability using alternative energies

On the other hand, the confidence and security generated by traditional energies and fossil fuels creates a confort zone from which it is difficult to leave.

Undoubtedly, energy security is the huge totem, whatever path we want to follow, we will have to carry with us that gigantic and heavy stone of "energy security" developed since 200 years ago, since the origin of the industrial revolution.

With this horizon outshined by the traditional energy security of bills and tariffs. There is only one exit left. The power of people to passionately embrace sustainability, competitiveness and security of supply. 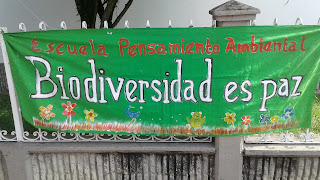 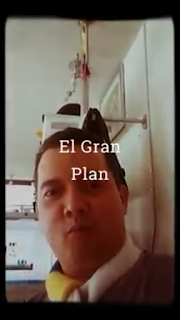 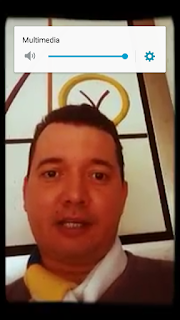